Government challenges firms to be firm to industrialise Malawi 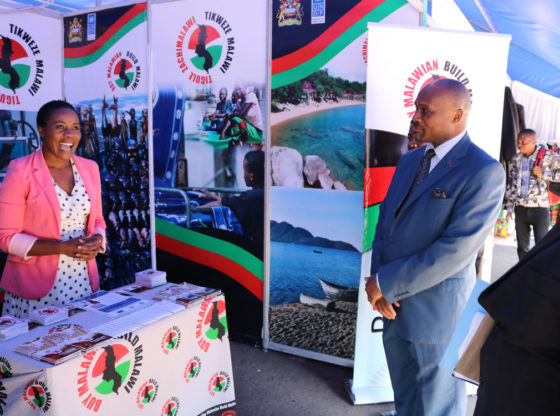 The Government of Malawi through the Ministry of Industry Trade and Tourism has reiterated the need for manufacturers in Malawi to roll up their sleeves and stand film in order to industrialise the country’s economy.

Speaking at the start of the Lilongwe trade fair held under the same theme – Industrialization:  Basis for Trade Competitiveness – as the International Trade Fair in June, Acting Principal Secretary Dr. Joseph Mkandawire observed that it is only with focused private sector that the country can achieve industrialisation.

In his speech, Mr. Mkandawire pitched the Buy Malawi Strategy (BMS) as one way government is ensuring that the private sector is strengthened.

“The BMS is inherently expected to enhance competitiveness of local firms; stimulate local production; and promote industrialization, a key priority of Malawi Growth and Development Strategy (MGDS III),” he emphasised.

BMS is one of the key strategies government is implementing to encourage production and consumption of locally produced goods and services. The strategy is expected to boost competitiveness of local firms; stimulate local production; and promote industrialization, a key priority of Malawi Growth and Development Strategy (MGDS III).

On his part a representative of the Malawi Confederation of Chambers of Commerce and Industry (MCCCI), said the Lilongwe trade fair adopted the theme for the International Fair to underscore the importance of industrialisation in Malawi.

“Industrialisation must be a key priority for Malawi,” said MCCCI’s Councillor, Andrew Chinguwo.

The persistent lack of industrialisation, he emphasised, “is a stumbling block on our economy; an economy which remains largely dependent on rain-fed agriculture and unprocessed commodities that add relatively little value.”