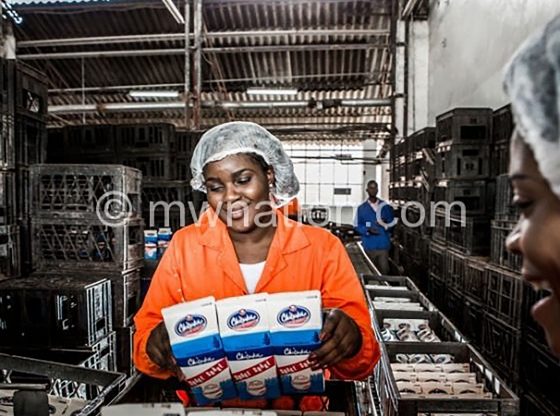 This story was written and first published by Nations Publications.

Through lawyers Ritz Attorneys at Law, CPL, brewers of the country`s popular opaque beer, Chibuku Shake Shake, are demanding the aggravated sum from the Zambian company for allegedly allowing the distribution and sales of its Chibuku Super in Malawi.

Chibuku brewed in some Sadc countries is being smuggled into the country.

Both CPL and NB produce, distribute and sell Chibuku Super but they have different trademark rights in respect of their products in Malawi and Zambia, respectively.

He said NB were aware that the trademarks law only allows them to distribute and sell their Chibuku Super in Zambia and not in Malawi but for some time they `had been deliberately distributing and selling their products or have caused their products to be distributed or sold in Malawi`.

`This infringes our client’s trademark rights in respect of Chibuku Super in Malawi. Their product is mostly smuggled in Malawi. No duties are paid and this makes their product cheaper thereby unfairly distorting the market.

`This has also occasioned significant shrink of our client’s market share. It would be otherwise if they competed within the law. The unjustified or unfair loss of business to our client is enormous and the claim for K15.5 billion mirrors that loss, ` explained Gondwe.

According to a demand letter Weekend Business had seen dated February 21 2020, CPL is further demanding NB to immediately cease and desist from distributing Chibuku Super or allowing its sale and distribution in Malawi.

`Your product has infiltrated the Malawian market so pervasively as to significantly affect their [CPL] market share, ` reads part of the letter from Ritz Attorneys which was hand delivered to National Breweries plc head offices in Lusaka, Zambia last week.

CPL, which also manufactures, distributes and sells in the country several other beverages both alcoholic and non-alcoholic, claims it registered a trademark Chibuku Super pursuant to the Trademarks Acts of Law of Malawi and by virtue of the trademark it has the right, `inter alia to delete, restrict, prevent or limit the use` of the trademark within Malawi by NB.

`CPL is aware that you have trademark rights in respect of your products in Zambia. You can exercise such rights only in Zambia. You have no such rights outside Zambia as your traderight marks have no extraterritorial application, ` reads the demand letter.

The Malawian Brewer claims that NB infringement of their trademark is `deliberate and negligent calculated` to occasion economic loss and damage to CPL.

CPL has since warned NB that failure to pay the demanded sum within 30 days (from February 25 2020), the company would take drastic legal steps including litigation in the High Court of Malawi without further reference to them.

National Breweries plc chief executive officer Martin Makomva was not immediately available for comment. On the other hand private practice lawyer Madalitso Mmeta, who has been enganged by NB, asked for more time to ask for permission before commenting on the matter.

Since then, according to CPL business development and cooperate affairs manager, Gloria Zimba the company has seized thousands of Chibuku Super cases worth over K10 million.

`We have run several seizing and destruction operations jointly within the Malawi Revenue Authority (MRA), Malawi Police and court marshals.

`We made a survey at Mchinji Border where we discovered that almost 900,000 to 1.1 million liters of Chibuku Super is being smuggled every month through Chipata. The smugglers by-pass the border post, ` said Zimba.

CPL started observing the infiltration of the Zambian Chibuku Super, which is mainly sold in Mchinji, Lilongwe, Kasungu, Mzimba and Mzuzu around 2017 but the volumes have been swelling every month.

Zimba said the illegal importation has resulted CPL Lilongwe Brewery alone losing over 50% of its market share while the company as a whole has lost over 35%.

`Statistics have revealed that Treasury is losing over K100 million monthly from the smuggled Zambian Chibuku Super because it is coming in without VAT [value added tax] and import duty.

`That same volume that is being smuggled is what we also lose each month meaning as a company, if we were selling that, that is the revenue [K100 million] we would have been to government in taxes, ` explained Zimba.

Since Chibuku started experiencing the shrinking volumes and dwindling revenue, it has also been shading off some overheads including job cuts.

Malawi has the highest beer levies compared to Zambia and other SADC countries. While in Malawi it hovers around 40% the regional excise or levies range from three to seven percent (Zambia is at seven percent).

In a statement released last year on smuggled beer, MRA said the product deprives traders a fair competition which leads to collapse of local industries.

The statement also confessed that smuggling deprives government of revenues which are necessary for the provision of social services and development projects for the country.

Zimba observed that the high excise taxation has created a conducive environment for smuggling, resulting in several companies, including CPL, witnessing an unfair trading environment due to the smuggled Zambian Chibuku Super.

Initially, CPL and NB plc were owned by SABMiller and were later sold to Anheuser-Busch InBev, a Belgium based multinational drink and brewing company.

CPL is locally owned by the Bowler Consortium, who has 75% shares while Nico Holdings has 25% shareholding while the National Breweries is owned by a Zimbabwean firm, Delta Corporations.