Buy Malawi to get a boost through rural industrialization

Home /buymalawiinitiative, News, Uncategorized/Buy Malawi to get a boost through rural industrialization 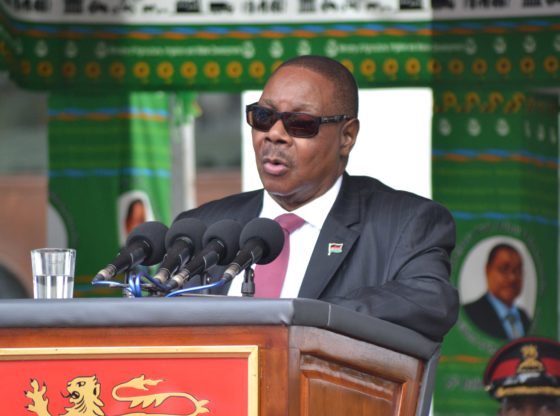 This speaks direct to the core of the BMS which, among others, seeks to see a growing and sustained manufacturing sector to see Malawi move from being a net importer of finished goods.

“I want all relevant ministries to implement a program we shall call Rural Industrialisation for Cooperatives,” he added.

Speaking earlier, President of the Malawi Confederation of Chambers of Commerce and Industries (MCCCI), Prince Kapondamgaga also suggested that agri-based industrialisation was possible. He, however, emphasized the need for collateral investment in irrigation by government which the private sector could then use at a cost.

“There are a number of exhibitors promoting irrigation agriculture. MCCCI feels proud to be associated with the promotion of agriculture related technologies that mitigate the effects of negative effects of climate change,” he said.

This year’s theme for the Agriculture fair is “Access to finance, value addition and markets-key to Agri based industrialization”.

The Buy Malawi Secretariat has taken the opportunity to interact with agriculture producing companies, cooperatives and Small and Medium Scale Entrepreneurs (SMEs) as it continues with its membership recruitment drive.

The Buy Malawi Strategy is aimed at increasing consumption of locally produced products to enhance local productivity and innovation, contribute towards poverty reduction and a stronger economy and creating jobs.